Most small luxury SUVs are difficult to recommend. They’re usually too small, too chintzy and too unrefined for the prices they command. We’d normally recommend getting a well-equipped and more spacious non-luxury SUV instead. The 2023 Mercedes-Benz GLB-Class is an exception. It’s distinctive, versatile and stylish in a way that its competitors are not. It may start north of $40,000, but it looks, feels and performs like it should cost that much. There’s actual value beyond that fancy three-pointed emblem, and we thoroughly recommend it as a result.

A big reason for the GLB’s transcendent appeal is its extra-large size for the segment and extra-boxy shape. Add in the versatility of a sliding back seat, and you have a subcompact SUV with a midsize SUV’s interior space. We were stunned by how much its cargo area could swallow. However, besides the cabin’s packaging, its striking design stands out in a segment that often comes across as a bit cheap. The bold rotary air vents and pretty dual-screen infotainment system carry a lot of the weight, but materials quality is better than average for the segment, too. And although the GLB is indeed built to a price on less sophisticated bones than its pricier, more refined GLC sibling, we think it’s a drop-off that’s more than fair for the price. In fact, we can easily see someone happily choosing a GLB over a GLC just because they like it better, with saving money as a bonus. We can’t say the same thing about a BMW X1, Audi Q3, Lexus UX or even the Mercedes-Benz GLA.

The GLB is unchanged for 2023, but its all-electric Mercedes-Benz EQB sibling does debut. 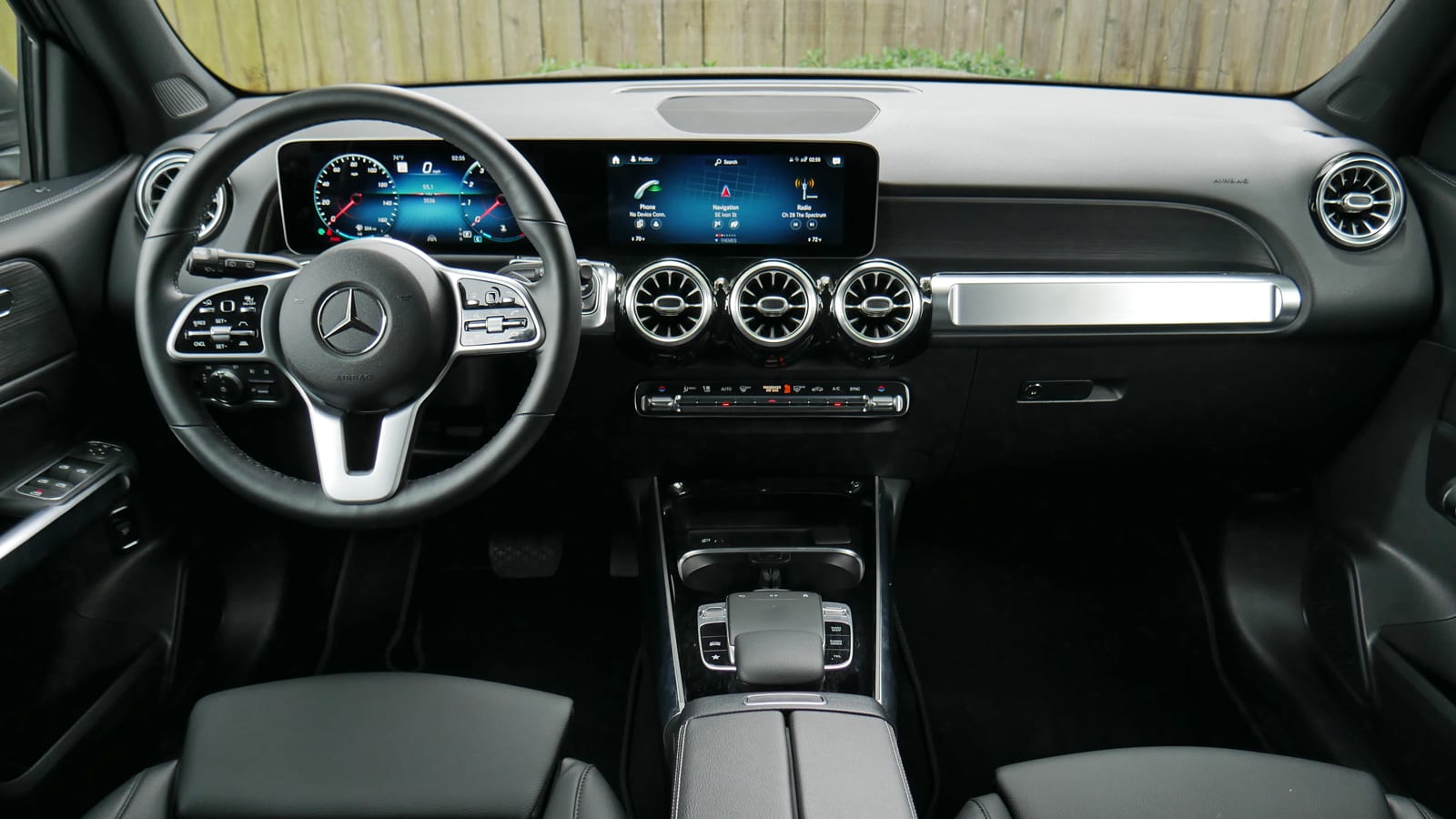 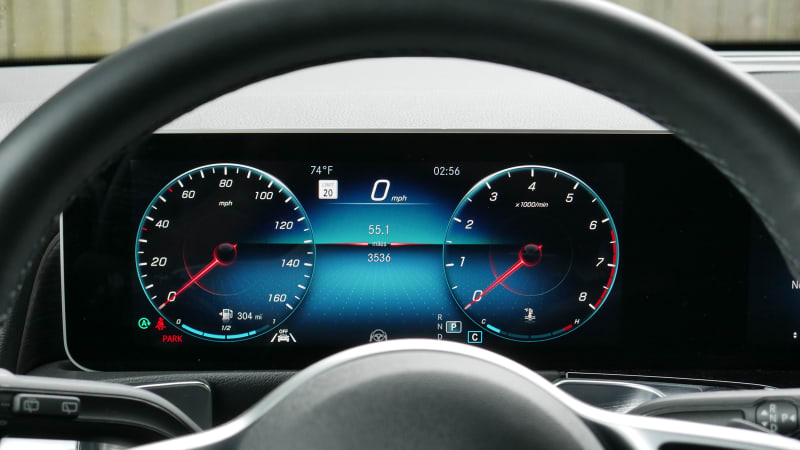 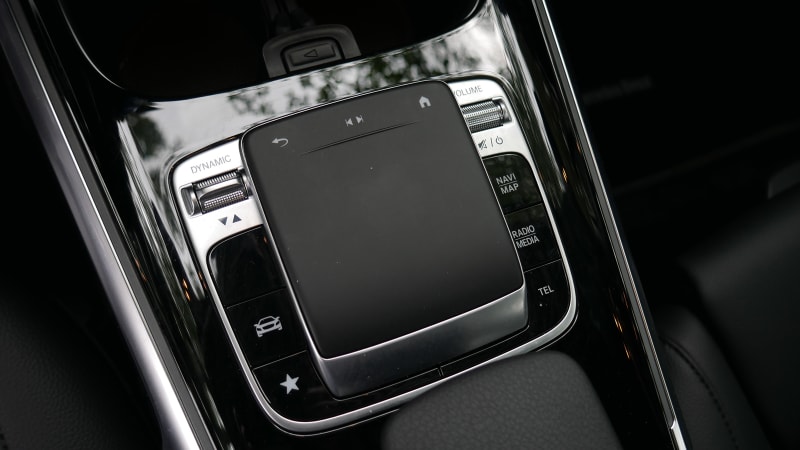 What are the GLB interior and in-car technology like?

Mercedes-Benz put quite a bit of thought into the GLB’s interior packaging. It offers lots of clever storage in both the passenger cabin and cargo area, making it more practical than most luxury offerings in this segment (and indeed many others). The GLB’s driving position is excellent, and its front- and second-row seats are comfortable and supportive with plenty of adjustment.

The GLB is on the inexpensive side for a Mercedes-Benz, but the quality of materials and available options are on par or better for expectations at this price point. The fancier options will drive up the price, of course, but even the fundamental components are high-quality and precise.

Every GLB includes the last iteration of Mercedes-Benz’s MBUX infotainment suite, which is controlled by your choice of a central touchscreen (7 inch standard, 10.25 inch available), center console touchpad, steering wheel controls and natural-language commands. While we like this “have it your way approach” and appreciate this system’s rapid responses and pretty graphics, it just isn’t easy to use. Having only three icons on the home screen leads to far too much swiping and clicking, many icons are too small and the same color as the background, and there’s quite frankly just an overwhelming number of functions to control and settings to change. 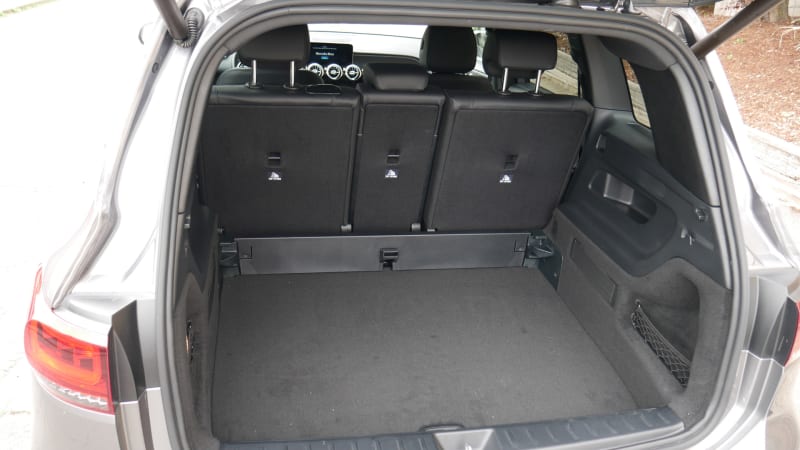 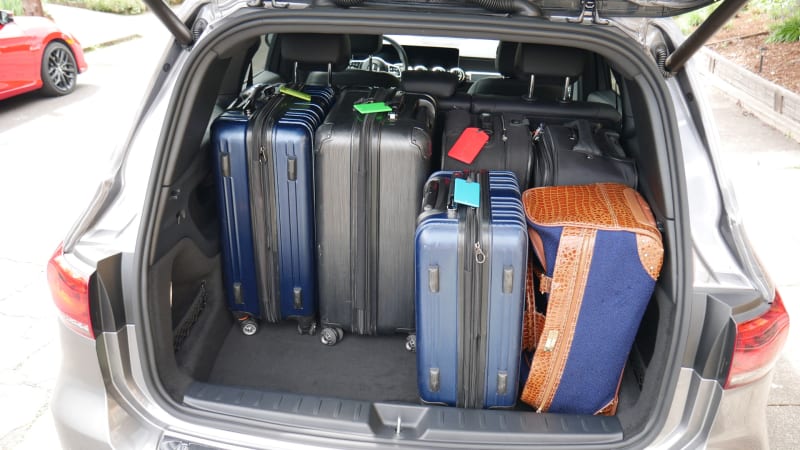 How big is the GLB?

The GLB’s wheelbase is closer to that of many midsize offerings, and its overall length exceeds that of most competitors. You don’t really notice this behind the wheel – it still feels pretty small – and this extra length combined with the boxy design results in the GLB being a cargo-hauling rockstar. On paper, Mercedes says the GLB offers 24 cubic feet with the second-row seats up, but in reality, there’s actually far more than that number would imply. Its rear load floor can be lowered to accommodate larger items, but even with the floor in its standard position, the GLB can swallow more cargo than crossovers in the bigger, pricier compact segment.

This extra length translates into tons of second-row space, where passengers will find sliding and reclining seats for extra comfort (you don’t get those in the mechanically related GLA). The combination of fold-down seatbacks and sliding bases can also be exploited for additional cargo space if the roomy hatch alone will not suffice, making the GLB a versatility rockstar, too.

The GLB also has available third-row seating, which its smaller competitors and even those in the larger compact class lack. We suppose this option doesn’t hurt, but these optional rearmost seats just aren’t that habitable, even for kids. We’d skip them or get a non-luxury three-row vehicle for the same price. 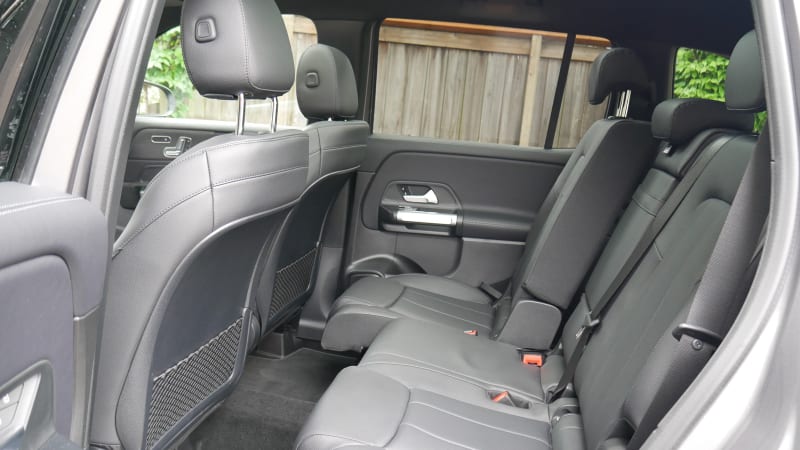 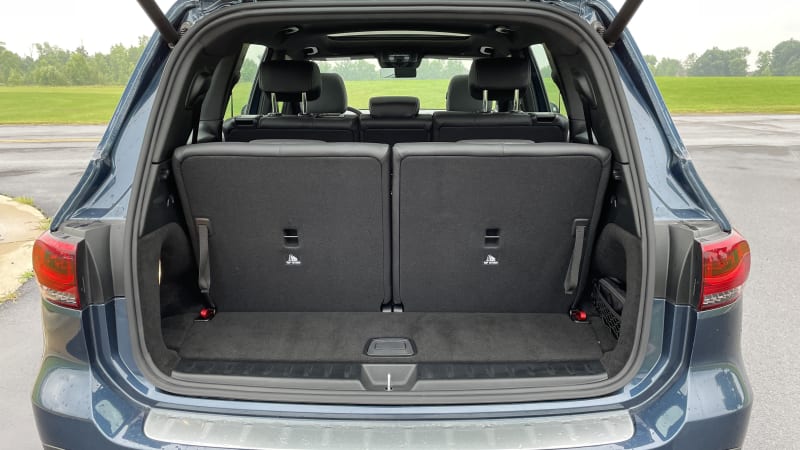 What are the GLB 250 and AMG 35 fuel economy and performance specs?

The GLB 250 name indicates that the GLB in question has the base engine: a 2.0-liter turbocharged inline-four producing 221 horsepower and 258 pound-feet of torque. This is on-par for its segment. It has an eight-speed dual-clutch automated manual transmission. Front-wheel drive is standard and with it, the GLB is rated at 24 mpg city, 32 mpg highway and 27 mpg combined. The optional 4Matic all-wheel-drive system knocks those ratings down to 22/30/25 mpg, respectively. Mercedes-Benz says the GLB 250 will do 0-60 in 6.9 seconds. That’s respectable for a CUV of this size.